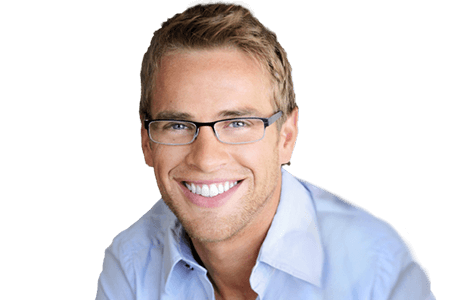 5 Signs You May Have Gum Disease

Gum disease (a.k.a. Periodontal disease) is a bacterial infection resulting from the buildup of plaque on the teeth. As the plaque hardens on tooth enamel, it irritates the gums, resulting in many unpleasant symptoms. At an early stage, the condition is referred to as gingivitis, which is the inflammation of the gum or gingiva. Gingivitis can be successfully reversed back to health with proper and timely treatment, such as regular dental cleaning and proper home care. 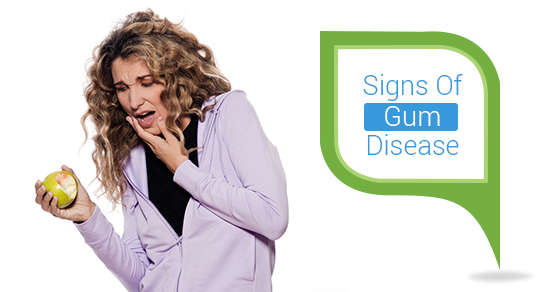 However, if gingivitis is left untreated, it can develop into periodontitis, which is the inflammation of the bony structure and the surrounding periodontal complex. Periodontitis is frequently associated with more serious problems, such as recession, bone loss and tooth loss. The progression is also irreversible. Therefore, once the bone is gone, the body cannot regrow the amount of bone loss without the help of surgical procedures such as bone grafting. Periodontitis is also proven to be related to increased risk of heart diseases, high blood pressure, stroke, type two diabetes and several other health issues, including premature labour and low weight babies.

Therefore, early detection and prevention of periodontal diseases is not only for the health of your mouth, but it should be included as part of your complete overall health.

How to Detect Gum Disease

It is estimated that four out of five people with gum disease are not even aware of it, because it is usually painless and silent in the initial stages. Unlike tooth decay, which causes pain and discomfort, it is possible to suffer from periodontal diseases without any noticeable symptoms…untill it's too late. Although it is hard to tell when you have gum disease, it is usually associated with one or more of these symptoms:

As with other infections, gum disease triggers an immune system response resulting in the release of antibodies into the gum tissue to fight the bacteria. The end result is inflammation of the gingiva and tissue destruction. The gum tends to get inflamed (swelling and puffy) and may have a darker redness that does not diminish with time, unless treated.

Infected gums can cause the gum tissue to recede which can lead to the exposure of the tooth root surfaces. The surface of the root is usually highly sensitive to temperature and pressure changes. So, if you feel some tooth pain when consuming hot or cold foods or drinks, it could be a potential sign of gum disease.

Healthy gum tissue is quite resilient, and should not bleed under normal circumstances. Although bleeding gums may be a result of aggressive tooth brushing, it is much more likely that the inflammation of the soft tissues is being being caused by irritants such as bacteria and tartar build up, making them more likely to bleed.

Following gum recession due to weakened gum tissues, the normally thin gap between the tooth and gum may deepen to create a void, known as a periodontal pocket. This is a space where bacteria and tartar can collect, causing a potential infection in the pocket, creating pus and eventually forming an abscess. A periodontal abscess can be quite painful and cause extensive swelling on the surrounding structure. It tends to appear more red and swollen than nearby tissues, white fluid discharge accompanied with a bad taste can also be present when an abscess has formed. This is an advanced case of periodontal disease that requires immediate medical attention before it results in tooth loss or debilitating infection.

5. Teeth can Become Loose and Shift in the Mouth

Advanced periodontal disease usually results in the loss of gum and bony attachment, and teeth in the affected area may begin to loosen or even shift to a different position. This is an indication of advanced gum disease, and requires immediate intervention.

In some cases, you may also have persistent bad breath due to the accumulation of bacteria in the mouth, as well as gaps between teeth due to bone loss. Any gum-related problems should be treated urgently to maintain the proper function and alignment of teeth, and ensure a healthy smile. 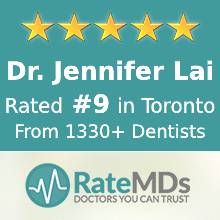 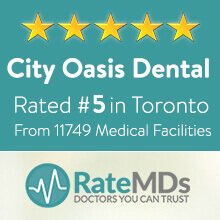 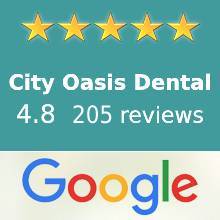 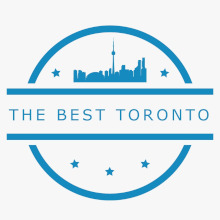 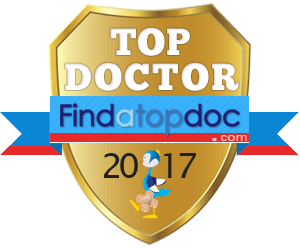 A Toronto, ON Dentist winner of the Patients' Choice Awards.
Verified byOpencare.com